The Iskai are the intelligent native inhabitants of Albion. They live in wondrous plant cities, notably Jirinaar and Srimalinar. They are known for hunt, craft, trade and cattle breeding.

Iskai are very similar to humans, though their evolutionary path must have originated with feline beasts of prey. They are generally taller (about 2.3m) and thinner than humans, due to the gravity on Albion being 90% of what it is on earth. Their face is mainly feline, with two visible canines and almond-shaped eyes.

They have a prehensile tail which they use so cleverly that it is almost like a third hand. Their body is covered with very short but thick fur and many of them have belts of longer fur over the breast and hip area , and a slightly different colour hair covering their heads. There are many color variations of the fur and the long hair on the head. There are pieces of horn on the head and on the main joints, as well as on the fingers and feet where they act as claws. They have two pairs of breasts. The most noticeable part of their body is the crystalline structure on their forehead, called Trii.

They appear to have developed from predators, but they eat both meat and plants.

During the early centuries humans arrived on Albion, there were repeated wars, since they considered normal to take territory by force. The conflicts became less requent, the last being over 156 years ago.

The Iskai homeland seems to be Nakiridaani, but travelers moved to Trenkiriidan and created a shrine and the city of Srimalinar.

The Iskai are not as strong as humans, but they are very fast. Their senses, especially smell is better than that of humans. The high range of their voices indicates that their hearing spectrum is shifted up above that of humans.

They also have a unique scent gland which is used for identification.

They have two sexes. Women are fertile only three months of the year, the time of the Fadhiim which begins with a feast.

Life expectancy is very short. Most do not live past 40, and some don't even reach 30. This short life span means that sexual maturity has to be achieved at around 10. Also to compensate for the short lifespan, Iskai have a very hectic lifestyle, sleeping very little and developing an abhoration of laziness.

Their technology isn't advanced, but are capable of architectural feats. Almost everything consists of plants and water is almost everywhere. Iskai bathe often and have no nudity taboo. Clothing has decorative meaning, and is considered very provocative to wear a lot of clothes, as it excites curiosity.

Sibling relationship has great value. When an Iskai reaches maturity, he has responsibility and decision-making power over the younger siblings, more than the parents. To deter violations of the law, the entire family of a criminal is responsible for his behavior.

Partners who decide to spend their lives together, hold a great celebration. They are joined for the rest of their lives and try to set up a household, often supported by the sisters of the bride and the brothers of the groom, who are the secondary partners. The secondary partners may share the house with them and even the bed. However it is taboo to do so during the Fadhim.

A marriage is dissolved by the council circle.

Most families belong to a Clan.

Clans are associations where families belong to and they are led by a Sebai of the most influential families. A clan arises after many years, bind by relationships, loyalty or economic reaons. Like Dji guilds, Clans specialize in a profession, such as hunting or handicrafts.

The only mentioned Clan within Jirinaar is the South Wind Clan and the Red Wood Clan.

On observation it seems to be mainly a democratic capitalist state, with dedicated guilds of hunters bringing in meat, farmers growing crops, and the proceeds being sold to the citizens. There is low unemployment in Jirinaar, with most iskai youths getting employed as hunters or Stiriik. There is no black market in the Iskai community - everything is open and honest. However, in Srimalinar, there is a hushed circle of prostitution. While this is legal, prostitution is taboo and often frowned upon.

Magic is an essential part of Iskai society, as it is literally the very foundations that the race's cities are built on. Magic is the art not performed with the hand, and only few can perform with their head by changing or creating things out of nothing, thanks to force of spirit and blessing of the Goddess.

There are two main guilds focusing on magic in Iskai culture, whose headquarters are both based in Jirinaar, the Guild of the Dji-Fadh (Formers) and the newer Guild of the Dji-Kas (Magicians).

Iskai believe in the Goddess who is the Great Consciousness formed by all of their ancestors. Most of them believe that after death they will return there. The more exemplary one's life is, the more of his consciousness will remain when incorporated into the Goddess.

It is believed that digging the earth angers the Goddess, since such attempts have resulted in earthquakes, catastrophes or appearances of monsters. For that reason, metal is rare among the Iskai.

See House of the Winds

Laws are passed by the Council of Jirinaar

Discipline is held in high regard. Disciplinary Iskai become Stiriik preosecutors responsible for upholding the laws.

The Law of Family Responsibility compensates for the undisciplined Iskai. To discourage transgressions, the entire family is held responsible for a criminal's behavior and are obligated to aid the Stiriik to solve the crime.

The worst crimes of Iskai society are: the abduction of a newborn; and performing the Sebai ritual without the approval of of the council circle. The criminal and his entire family are punished by death.

The language of the Iskai is not particularly complex and can be learned to use and understand in a matter of weeks. The only difficult part to learn, at least for humans, is its pronunciation. 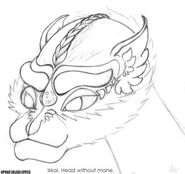 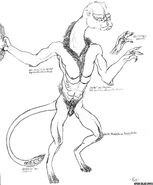